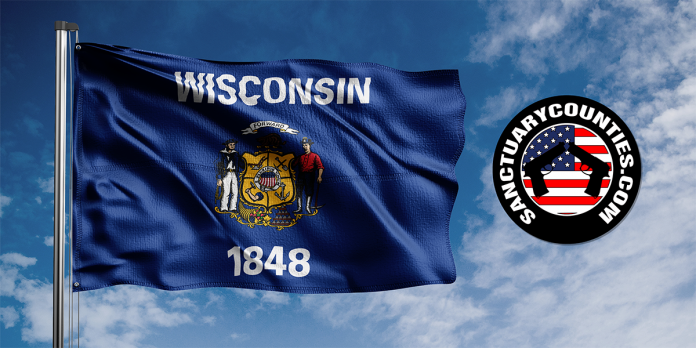 Listed as Agenda item 8, Resolution 23-2020 the Marquette County board passed overwhelmingly a resolution declaring itself a Constitutional Sanctuary County.

RESOLUTION DECLARING MARQUETTE COUNTY TO BE A CONSTITUTIONAL SANCTUARY COUNTY

WHEREAS, the Constitution of the United States is the supreme law of the United States, is the source of all government powers, and provides important limitations on the government that protect the fundamental rights of United States citizens including freedom of religion, speech, the press, and assembly, the right to petition the Government and to bear and keep arms, among other rights, and protection from unreasonable search and seizure, criminal prosecution and punishment without due process, and guarantees a speedy jury trial by ones peers, among other protections,

WHEREAS, these are fundamental rights and protections held by the people of Marquette County, Wisconsin; and

WHEREAS, the people of Marquette County derive benefits from these constitutional rights, including life, liberty, property, and other economic benefits; and

WHEREAS, the Marquette County Board of Supervisors does not value anyone right or protection granted by the Constitution above another, and recognizes that all Constitutional rights and protections are of importance to its citizens,

Village of Cascade, Wisconsin is a Second Amendment Sanctuary

Support us on Patreon If you appreciate the work we are doing to bring this information to you, consider supporting us on Patreon. You can click the image above or click here.

ABOUT US
SanctuaryCounties.com is a website dedicated to the law-abiding, Constitution loving citizens who refuse to simply give up their Second Amendment rights.
Contact us: contact@sanctuarycounties.com
FOLLOW US
MORE STORIES

Dodge County Advocates the Constitutional Rights of its Citizens